Note Freemason Handshake Between Jeremy Hunt And Rupert Murdoch - The Positioning Of The Thumbs.

Posted by SteelMagnolia at 9:53 AM

Posted by SteelMagnolia at 2:44 PM

Olympics Sponsor ATOS Exposed By Down To Earth Brit !

Posted by SteelMagnolia at 11:09 AM

Tory minister who grabbed £100,000 expenses now attacks ‘scroungers’
Chris Grayling, the Tory work and pensions minister, launched fresh attacks on benefit claimants this week, despite his smear that they are fakers being proved wrong.

Grayling says the Tories’ Work Programme has failed to force enough people with long term health problems into work­—because they are “sicker than expected”. This gives the lie to the Tories’ claim that people are feigning illness to avoid work.

But now Grayling, an MP who grabbed thousands in expenses, plans to change the rules. He wants to redesign the scheme so people originally deemed too ill to join it would be forced to do so.

This would hit tens of thousands of disability benefit claimants. Grayling is also set to force unemployed people to work for free for six months—or risk losing their benefits.

He claims this will “help” them. In reality it will help bosses by giving them free labour—and it will particularly help those bosses who happen to be Tory party donors.

John Nash, Ryan Robson and three others set up Sovereign Capital in 2001. It owns the Employment and Skills Group (ESG), which has grabbed £73 million worth of government employment contracts. Nash and his wife Caroline have donated £182,500 to the Tories since 2006. Robson has given them £267,866 since 2003.
Plush
Grayling’s attack is based on the idea that people on benefits are lying “scroungers”. But he’s the real scrounger. Grayling claimed over £100,000 in expenses to renovate a plush Pimlico flat. He says he needed the flat close to parliament to carry out his work—yet he hardly ever uses it.

Grayling’s neighbours certainly don’t seem to see much of him. One said, “There is a light on occasionally, but he is not here very often.” After seeing a picture of the Tory, another said “I have no idea who this man is.”

He’s never there because he has three other flats within the M25. He spread his expense claims over two years to avoid going over the maximum limit. And he used the money to completely refurbish his flat—pushing its value up.

Grayling’s real aim is to throw people off benefits regardless of their circumstances. More evidence of this emerged just last week. The Tories employ private firm Atos to test people with disabilities and get them off benefits.

An investigation revealed that the government have dictated no more than 12 percent should be declared unfit to work.

The Tories want to force people onto lower rates of benefit, or none at all and enrich their mates in the process. They are the real lying scroungers—not people on benefits.

The following should be read alongside this article:


© Socialist Worker (unless otherwise stated). You may republish if you include an active link to the original.

Posted by SteelMagnolia at 10:22 AM

“Why aren’t you dead then?” This was the response of an Atos work capability assessor to an interviewee who said they had attempted suicide several times while suffering with depression.

Two undercover investigations by the Panorama and Dispatches programmes brought home the reality of its treatment of disabled people last week.

Ladonia Lowe has leukaemia. Last year she was told that her condition was terminal. She undergoes intravenous chemotherapy each week. Yet she is being hounded to undergo a face-to-face assessment, despite being bedridden.

Her husband says, “To harass a terminally ill patient when they have been contacted and told several times is completely unjustifiable and a disgrace.

“How can you possibly think that a terminally ill patient could be fit for work? It’s beyond belief.”
But this is exactly what these assessments do. Stephen Hill from Duckmanton in Dernyshire died of a heart attack one month after being told he was “fit to work”—even though he was waiting for major heart surgery.

The government has outsourced the benefit assessments to multinational IT firm Atos, which sponsors the Olympics and in particular the Paralympics.

Dispatches recorded one Atos trainer telling benefit assessors that losing a hand would not be enough to get benefits.

When asked what jobs someone could do with one hand, they reply that you could do some work “as long as you’ve got one finger and you can press a button”.

Atos tell employees during training that if they declare over 12 to 13 percent of interviewees eligible for benefits, their results will be fed to superiors.

The Tories say they have not set targets to declare people fit for work. But an Atos doctor said that the figures came from the government.

A separate investigation earlier this year found that 32 people were dying each week after failing an Atos assessment.

The following should be read alongside this article:

A gold medal for hypocrisy


© Socialist Worker (unless otherwise stated). You may republish if you include an active link to the original.

Staff working for an Olympics sponsor at the centre of the government’s controversial cuts to disability benefits have voted for strikes over poverty pay.
Multi-million pound company Atos, which was the focus of two investigative TV reports last night, is refusing to improve a below inflation pay offer or commit to becoming a ‘living wage’ employer, and now faces strikes later this month....read more

MURDOCH AND HUNT - FREEMASONS AT THE OLYMPICS 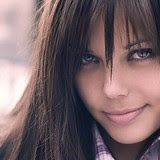